DAY 1. AMSTERDAM: CANAL CRUISE
Arrival to Amsterdam . Transfer by private bus to the hotel and check in. The group will start discovering Amsterdam through a canal cruise in which they’ll explore Amsterdam’s UNESCO protected canal ring and discover plenty of interesting facts about the city along the way. With stops right outside the Rijksmuseum, Anne Frank House, Westerkerk, Central Station, NEMO by Renzo Piano, the Maritime Museum, or the Heineken Experience. Welcome dinner in a traditional restaurant. Night in Amsterdam. 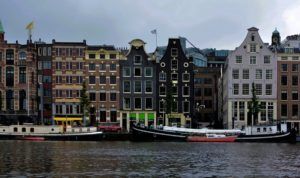 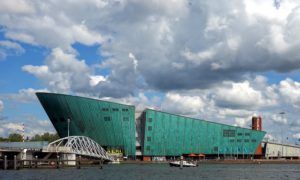 DAY 2. AMSTERDAM CENTER AND CRYSTAL HOUSES
Tour of the city center after breakfast: The group will visit, among other things, Dam Square and surroundings, including Royal Palace (Koninklijk Palace-17th century. Also, the New Church (Nieuwe Kerk) and The Stock Exchange by Berlage (1903), now used as a concert hall and an exhibition space. The neighborhood of Jordaan and the pedestrian streets that surround Dam Square are the area with the most design stores. Continue walking until “Bloemenmarkt”, flower market, floating and full of color. After a quick lunch-picnic (not included) in Voldenpark, visits to the Museum Quarter and Crystal Houses (Architizer / A+ awards), designed by MVRDV, a flagship store with a replica façade made entirely out of glass. Interior guided visit to the Rijksmuseum (entrance included), Dutch national art and history museum that showcases the works of famed artists Vermeer and Rembrandt. Spanish practice Cruz and Ortiz have attempted to return the original building – built in1885 by Pierre Cuypers – back to some of its original splendour.

Free time and entrances included to visit the Van Gogh Museum (largest collection of Van Gogh work) and the Stedelijk, museum of contemporary art (entrance included). Its collection features famed artists, Warhol, Matisse, or Pollock, among others. Night in Amsterdam. 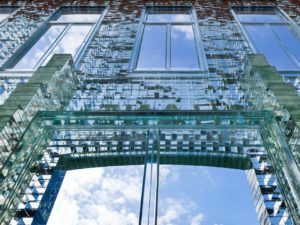 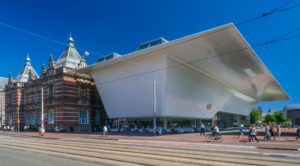 DAY 3. UTRECHT AND ARNHEM CENTRAL
Breakfast. Private bus available for the trip to Utrecht. Duration: approx. 45 minutes. By bus, short stop to Silodam and WoZoKo, “Ookmerweg Housing”, both by MVRDV. Visit the Rietveld Schröder House and Erasmuslaan 9 (or Robijnhof), all of them by Gerrit Rietveld (entrance included). Visit Uithof University Campus, including Minnaert Buidling by Neutelings Riedijk, Library by Wiel Arets, Educatorium by OMA, Management School by Mecanoo and BasketBar by NL.

Exterior visit: Double House by Bjarne Mastenbroek and MVRDV. After lunch, visit to The World’s Biggest Bicycle Parking, in central station (Architizer / A+ awards). The bus will take us then to Arnhem Central (Architizer / A+ awards), the large urban plan development composed of diverse elements which amassed constitute a vibrant transport hub. Back to Amsterdam and night in the city. 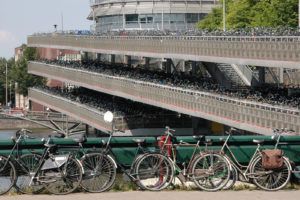 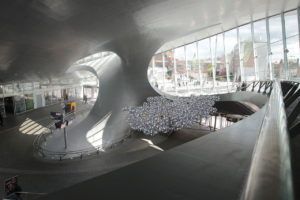 DAY 4. AMSTERDAM BY BIKE
After breakfast, ferry to Overhoeks and inside visit of the Eye Film Museum, by Delugan Meissl (entrance included). Bikes rental for all day to visit the new neighborhoods and learn about Urban Planning. Visit Arcam by René Van Zuuk; inside we find the Amsterdam Center of Architecture. Bikes to Zones of Borneo Sporenburg and Java, urban planning by West 8: The Whale, by Architekten Cie, The red bridges of West 8 with their snake-like shape. Hoogtij by Diener and Diene and IJ Tower by Neutelings Riedijk. Picnic or quick lunch included. Afternoon visit to The Albert Cuyp Underwater Parking Garage (Architizer / A+ awards). Private bus to Villa Schoorl (Architizer / A+ awards), 50 min. approx. Visit to the modern interpretation of a typical farm for a family to live. Return and night in Amsterdam. 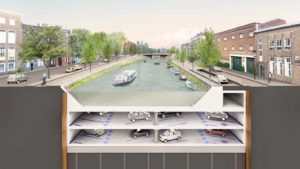 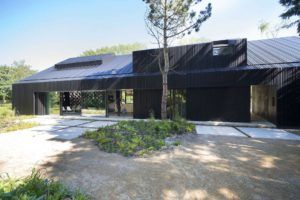 DAY 5. LEIDEN, THE HAGUE AND DELFT
Breakfast and check out. Private bus available for trip to The Hague. One stop in Leiden, in order to visit The Nobel Bros (Architizer / A+ awards), the Leiden’s new pop temple. Arrival in Hague and visit to the most historic sites per square meter in the Netherlands. The city combines culture and history. After lunch, if possible, short stop to the Netherlands Dance Theatre, underground tunnel by OMA and “Netherlands Congress Building” by J.J.P. Oud. Bus towards Rotterdam. Before arrival, one stop in Delft, where the group will explore the city old town and discover its history on a guided walking tour along the old streets, including the town hall, the ancient church and Delft City Hall and Train Station (Architizer / A+ awards). The station, in combination with the new city hall, sits atop a new train tunnel built in place of the old concrete viaduct that divided the city in two since 1965. Arrival in Rotterdam by bus. Night in the city. 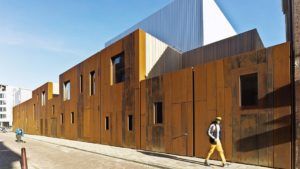 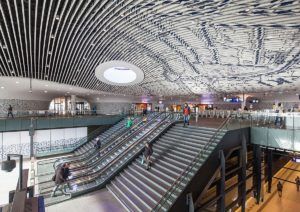 DAY 6. ROTTERDAM CITY
After breakfast, visits in Rotterdam: De Hef Bridge by P. Joosting. Van Nelle Factory by Brinkman & Van der Vlugt,West 8, Kop van Zuid by Renzo Piano. Luxor Theater by Bolles & Wilson, Shipping and Transport College by Neutelings Riediij Architecten. World Port Centre by Foster. Including lunch at MWRDV’s Market. Visit to POST Rotterdam (Architizer / A+ awards), this historically important building stands as a testament to the inextinguishable spirit of Rotterdam. The City of Rotterdam’s objective is to re-energize the city center with the activation of this site through a combination of residential, retail, and hospitality. Night in Rotterdam. 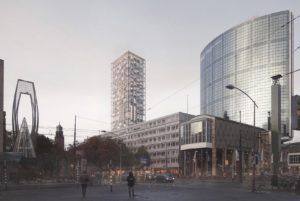 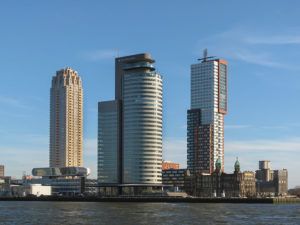 Return to Rotterdam, farewell dinner and night in Rotterdam.

DAY 8. ROTTERDAM AND RETURN
Breakfast and check out. Private bus towards the Amsterdam airport (Schippol).
Check in. Arrival to city of origin. End of our services.